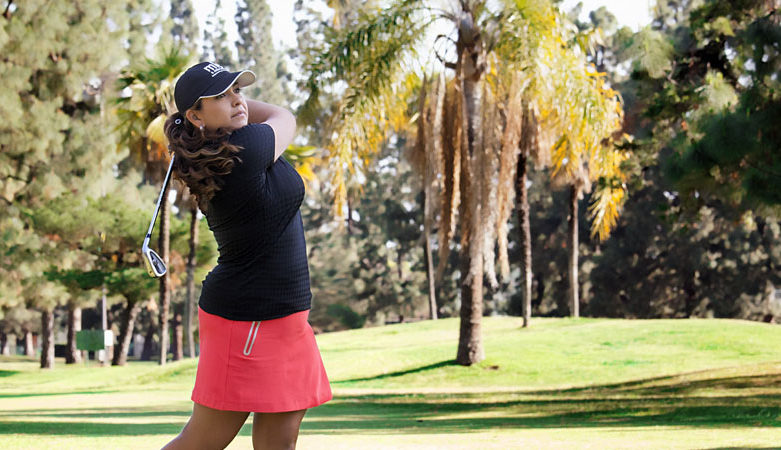 Lizette Salas is the pride and joy of the Latina Golfers Association and an honorary member and supporter!  Lizette is among the best professional golfers on the LPGA Tour.  She’s a native of Southern California, born and raised in Azusa, CA in a loving family with parents from Zacatecas, Mexico.  She realized her dream to become a professional golfer two years ago after she graduated as the only Four Time All American USC student when she played on the USC Women’s Golf Team.  A major milestone in her life came when she Won the 2014 Kingsmill Championship.